Bologna, Italy. A must visit. 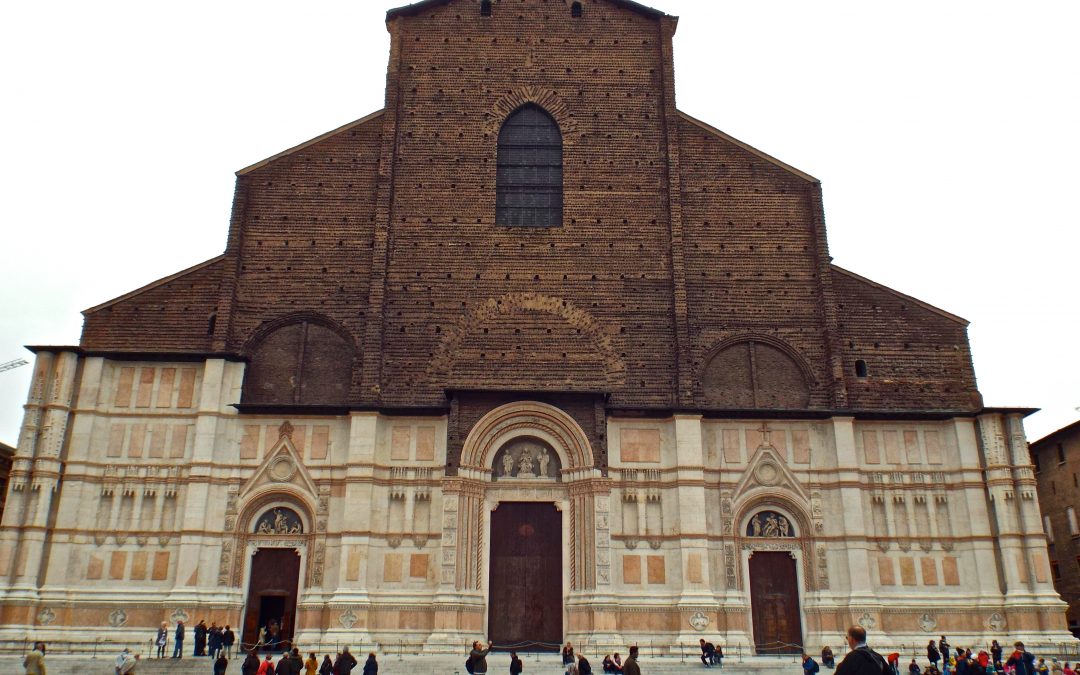 Bologna was a city built on canals, now most of the canals lie under the car parks, if you wander along Via Piella, you’ll see a small window built into the wall, through which you can spot the canals. For some reason, Bologna stayed under the radar and off the tourist trail. It is a shame because I believe the leaning tower of Bologna can give Pisa a run for its money. 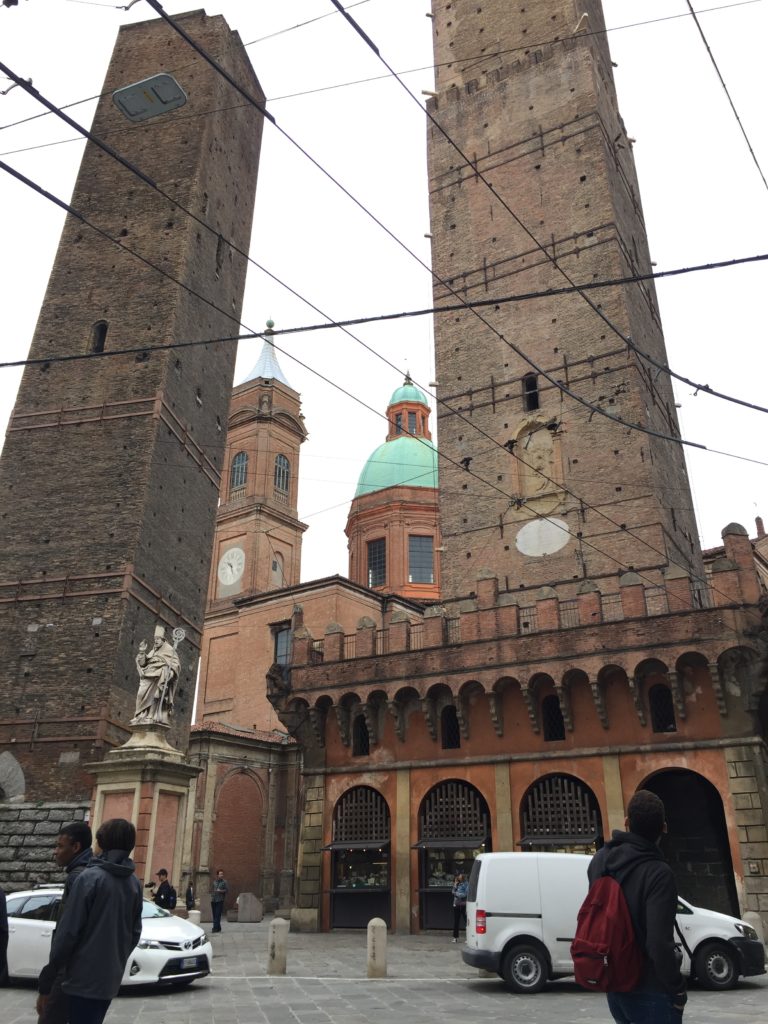 When I arrive in Bologna, it was raining. In every other city, this was a problem because I got soaked, but here, I could walk for miles in the beautiful arches, “Porticoes” that line Bologna’s streets. Years ago here under these arches is where the merchants would set up stalls to sell their wares. You can still see this former markets on Via Indipendenza. Notice inscription on the ground in Italian reads “Panis Vita, Canabis Protectio, Vinum Laetitia,” marking the spot where these products were displayed for sale.

PLACE TO VISIT AND THINGS TO DO IN BOLOGNA.

Bologna’s famous leaning towers. Torre Degli Asinelli is the tallest one at 97.2m high. Why not climb 498 steps to the top? Enjoy the views of Bologna. 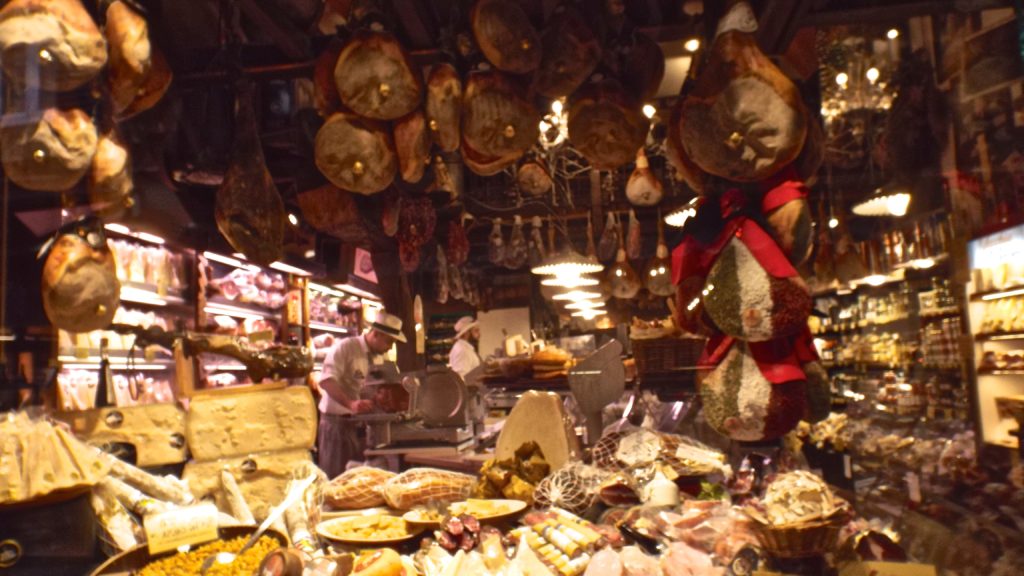 Wander through the streets of colorful markets, lavishly stocked gourmet deli’s, fresh seafood stalls, seasonal fruits and vegetable and vibrant cafes. Take in the aroma and the energy of these markets; I just loved it.

Gothic basilica, a fantastic story behind this church. The main facade remains incomplete to this day, never the less; it is just breathtaking.

Beautiful square, right in the heart of Bologna surrounded by cafes, churches and historical buildings. Perfect place to sit with a glass of wine and people watch. 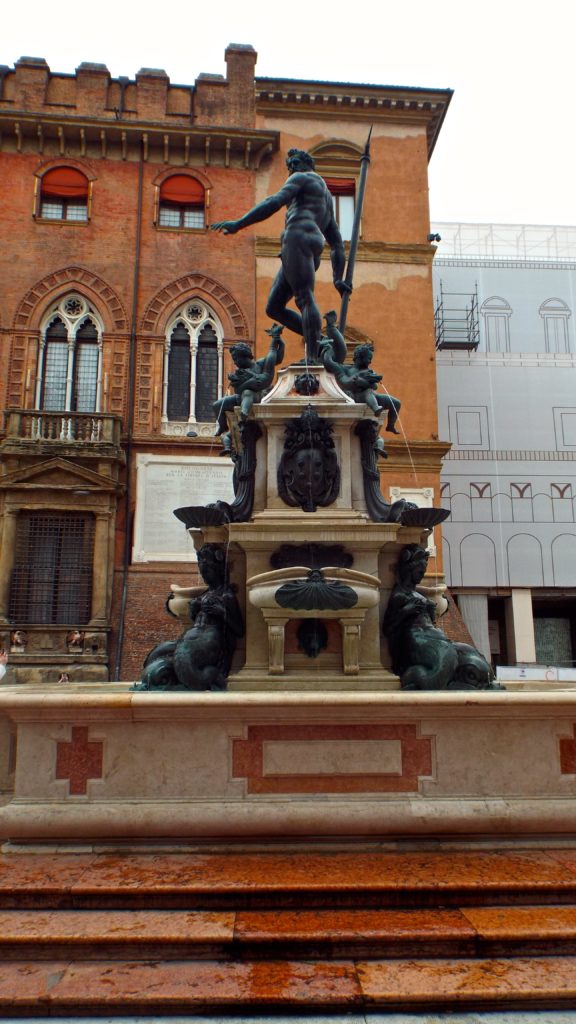 In Piazza del Nettuno, this fantastic piece of bronze architecture feature God of Neptune, hence the name. The water flows to a basin which allows people to drink if one wanted to.

For the motorcycle lovers. The collection represents facts, people and technological innovations of Ducati’s milestones. Inspiring and fantastic history of Italian legacy.

Housed in fifteenth-century Palazzo Galvani building at Via dell Archiginnasio, the museum showcases the rich archaeological collection from the ancient times.

#Travelquote: “Twenty years from now you will be more disappointed by the things you didn’t do than by the ones you did do. So throw off the bowlines. Catch the trade winds in your sails. Explore. Dream. Discover.” Mark Twain