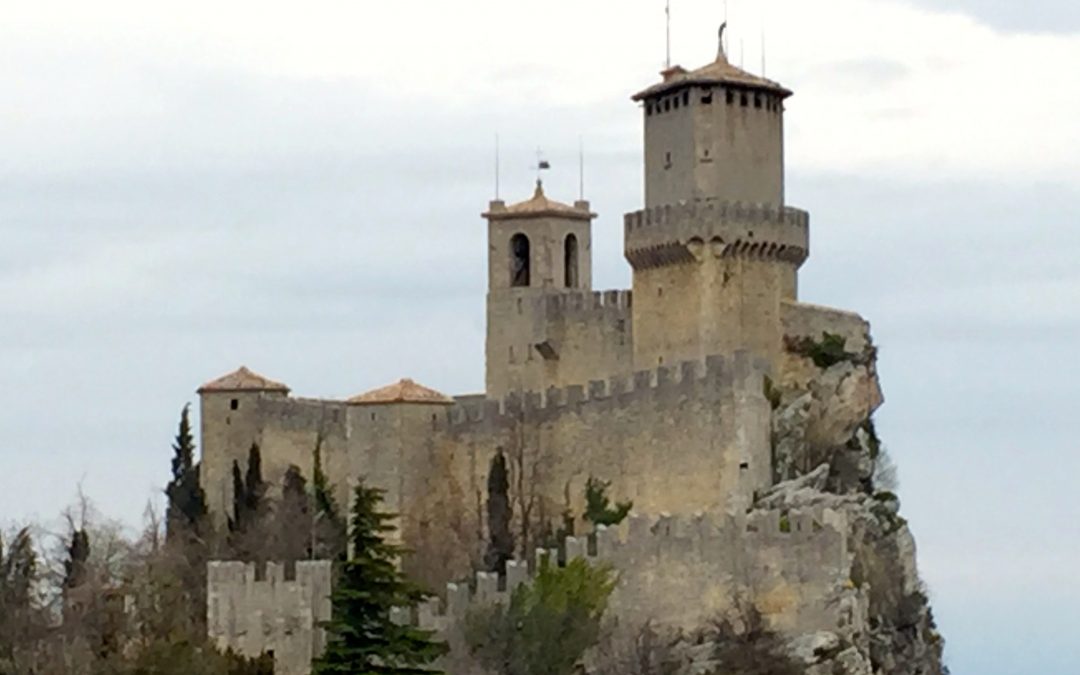 The Most Serene Republic of San Marino. The third smallest country in Europe, yet not part of European Union. People of San Marino refer to themselves as Sammarinese, not Italians.

As you drive toward the coastline, you will notice a significant mountain sitting in the middle of nowhere; the green oasis, the winding road takes you to the top of Mount Titano (739 meters above sea level) where you will find the ancient city of San Marino.

The beauty of the unspoiled land, the tranquil surrounding, and the graceful green rolling hills will take your breath away. Relax and enjoy the splendid views of the Apennines, the coastal plain, Rimini, and the sea as far as the Dalmatian coast. 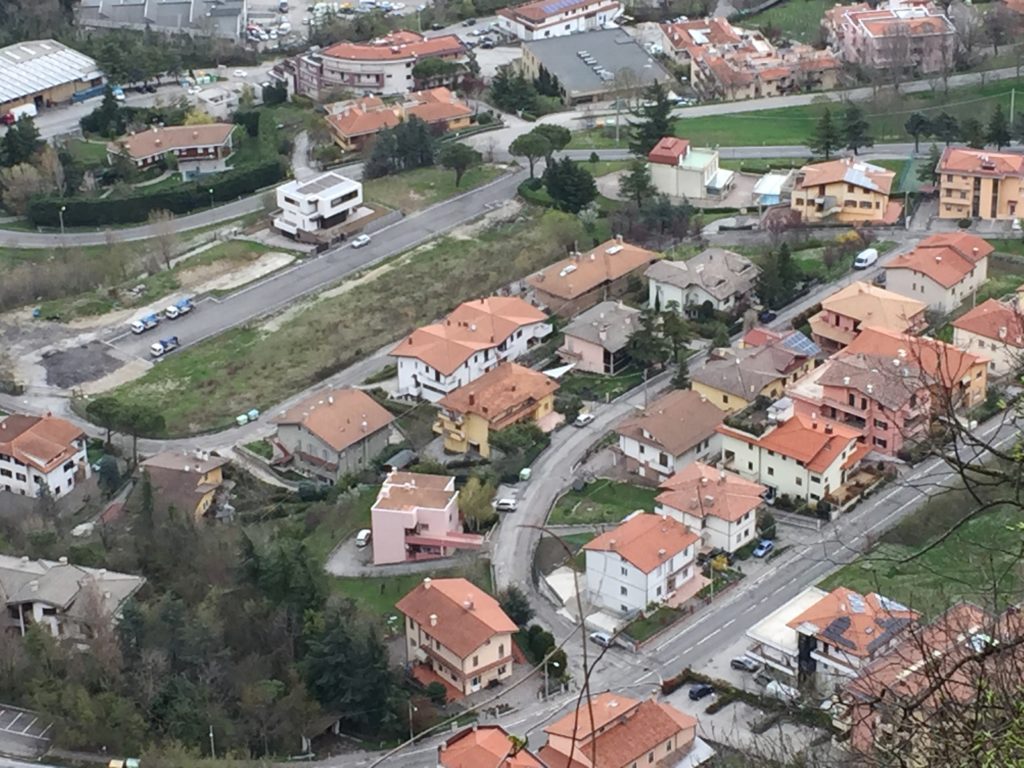 THINGS YOU MIGHT WANT TO KNOW ABOUT SAN MARINO.

San Marino is Europe’s third smallest state, and the world’s oldest republic, founded in 301 by a stonemason named Marinus. San Marino is not part of the European Union although they do use the euro as currency. San Marino has its army. To drive to San Marino is easy, you do not have to go through border patrols.

BEST WAY TO GET AROUND IN EUROPE IS TRAIN, BOOK ONLINE & SAVE

I arrived mid-afternoon in San Marco, The weather was overcast, the temperatures during the month of spring are very fresh, bit too cold for my liking. I had three layers on, jacket with hoody, scarf, hand gloves, one might think I was going to Antarctica..haha. 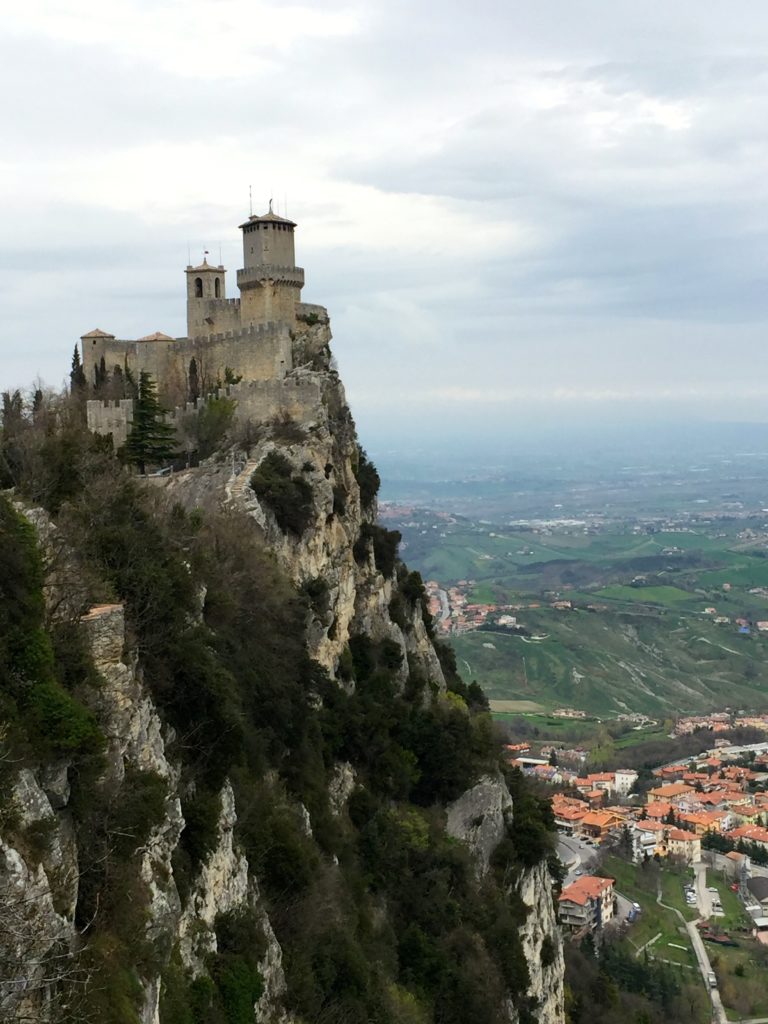 THINGS TO DO AND SEE IN SAN MARINO.

(1) The Three Towers, the three pinnacles, symbols of Mount Titano. – Rocca Guaita. The first and earliest of the fortresses, dating from 1253 – Cesta tower, the highest of them, contains a museum of ancient arms. – Montale. The youngest of the three towers. 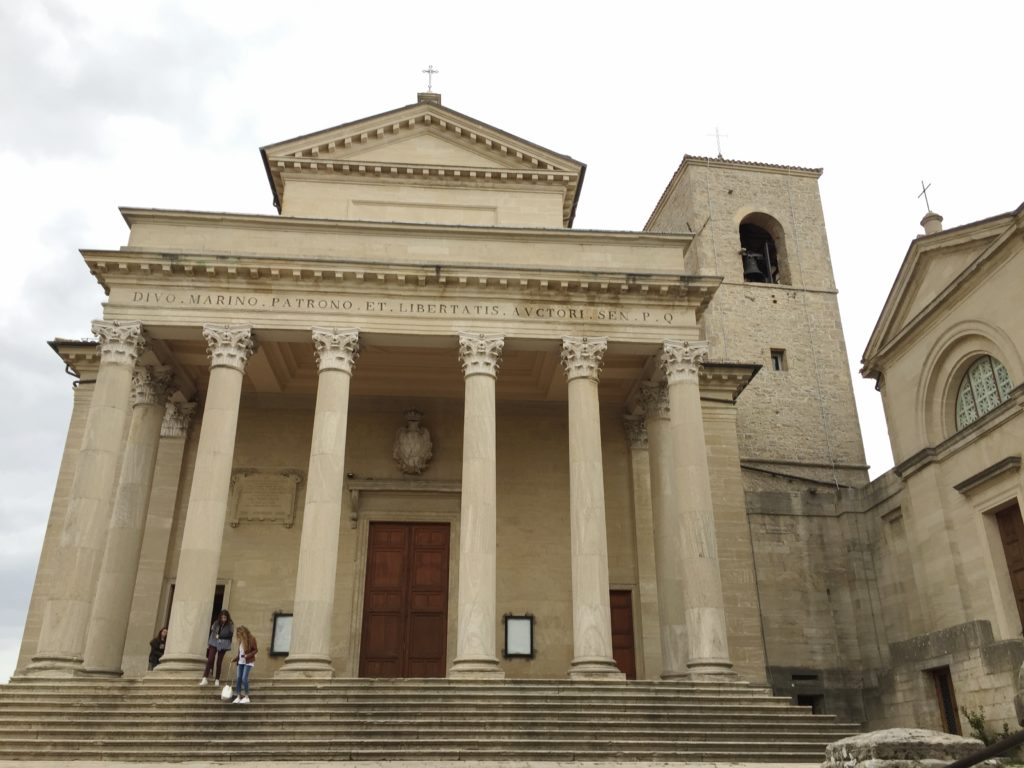 (2) Enjoy the changing of the guard ceremony in Piazza Della Liberta, during summer months.

(3) Porta San Francesco – An impressive stone-face, the city gate of San Marino, a fantastic way to enter the city.

(4) Basilica del Santo Mario Built-in 1826 by Antonia Serra, an architect from Bologna, on the same grounds of the ancient church of the 5th century.

(5) Piazza Della Liberta, a fantastic square with a fountain, surrounded by excellent little eateries and shops. 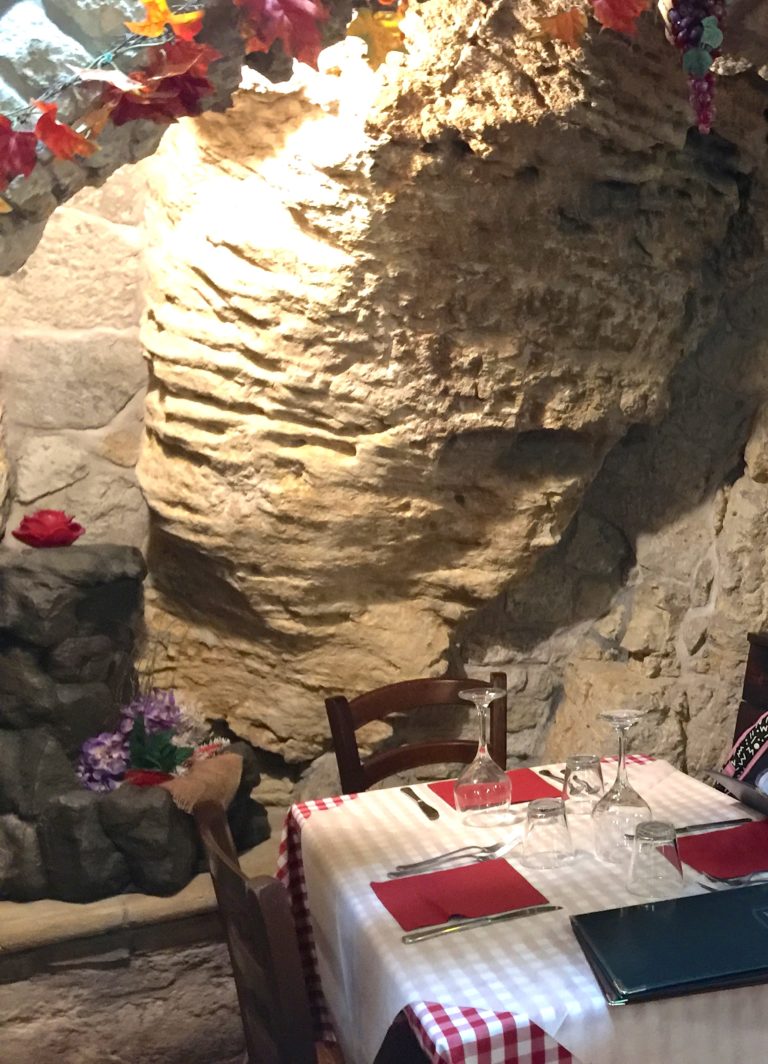 Last but not least, dine at La Cantina di Bacco restaurant. Having a meal here is a life-changing experience. The venue is like walking into an ancient cave, the decorations take you back in time, and the food is delicious. You must try the local wine.

#Travelquote:  “The use of traveling is to regulate imagination with reality, and instead of thinking of how things may be, see them as they are.” – Samuel Johnson

Join ME, MYSELF AND I … by Subscribing. You will receive instant access to all there is to know about ….. HOW TO TRAVEL SAFE, TRAVEL SMART & TRAVEL SOLO  By YOGITA RIDGLEY ?
← Previous Posts Next Posts →