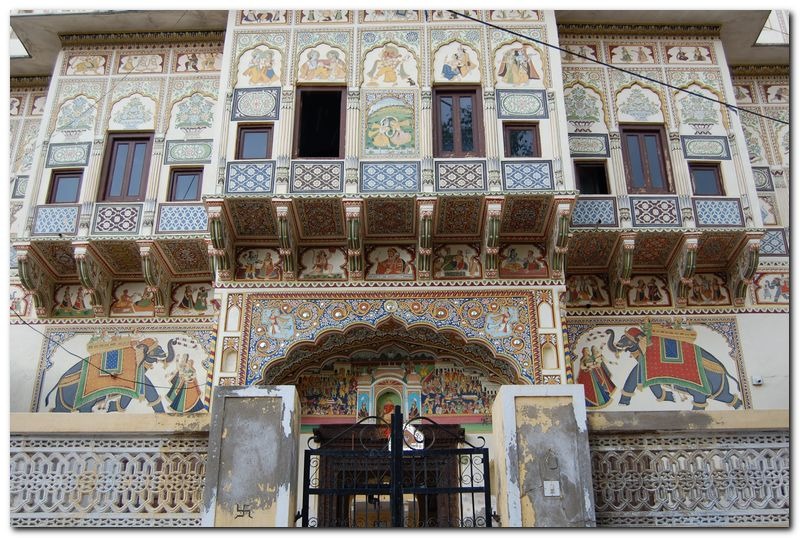 In the heart of the Shekhawati region of Rajasthan, you will find a little town called Mandawa. Mandawa is known for its fascinating Forts and Havelis. The structures of this unused Havelies still remind one of the cultural and social hotspots for tourist. This small 18th-century settlement is set up for tourists with decent choices of accommodation and restaurants. Mandawa attracts tourists for its brilliant architecture and artwork.

The Murmuria Haveli was built in the 1930s. This Haveli features a long frieze depicting a train and a railway crossing with Nehru been portrayed on horseback holding the Indian flag. The arches above on the southern side of the courtyard are two paintings of gondolas on the canals of Venice. A delightful artwork of history for us to appreciate and enjoy.

Binsidhar Newatia Haveli on the northern side of the Fatehpur – Jhunjhunu road houses the State Bank of Bikaner & Jaipur. This was built in the 1920s. The external wall was painted with European woman in a chauffeur – driven car, the Wright brothers in flight watched by the woman in saris and strongman hauling along a vehicle and a birdman flying in a winged machine. The fantastic artwork.

This beauty was built in the 1910s; it is two buildings with adjoining wings for the families of two brothers. The artwork inside is breathtaking of floral arabesques and peacocks above the archways. Krishna legends and stories are portrayed with some mournful British soldiers. 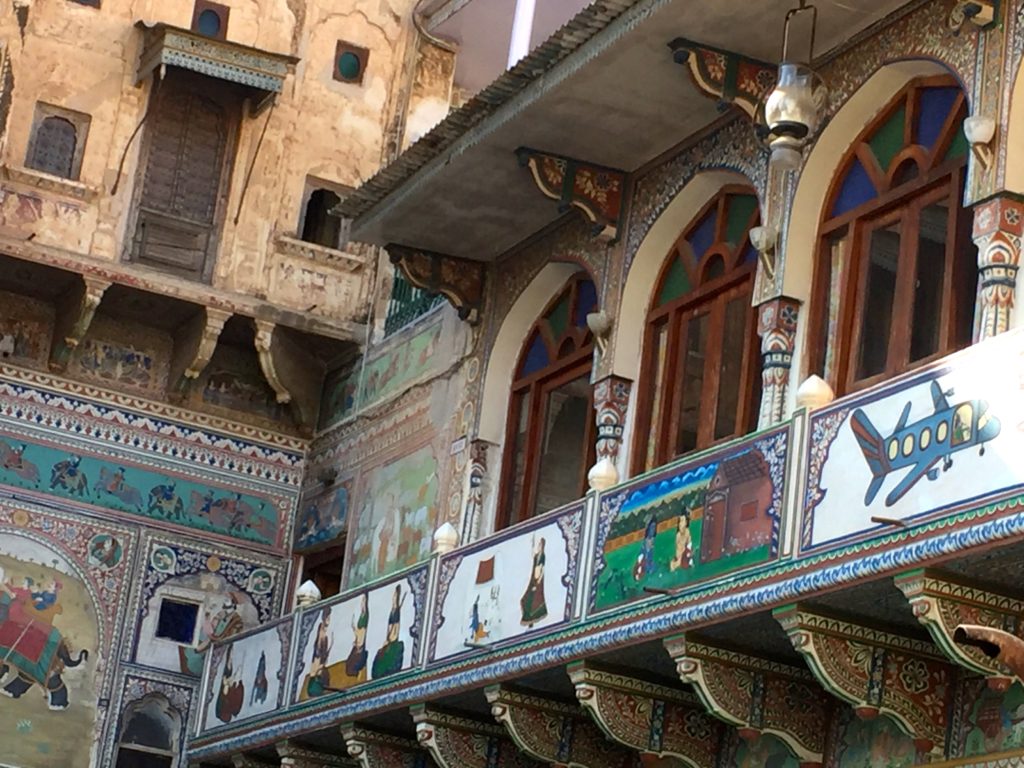 The Lakshminarayan Lida Haveli is one of the beautiful Havelis on Rajasthan. This Haveli reflects the glory and splendor of the Rajput era. The artwork is faded picture of a man enjoying hookah and a good procession frieze. The other painting is of Rama slaying Ravana. The demon king of Lanka.

The Hanuman Prasad Goeeka Haveli is the perfect example of Rajasthani art and heritage. The incredible painting which features on the walls and pillars of the haveli shows wither Indra on an elephant or Shiva on his bull Nandi. 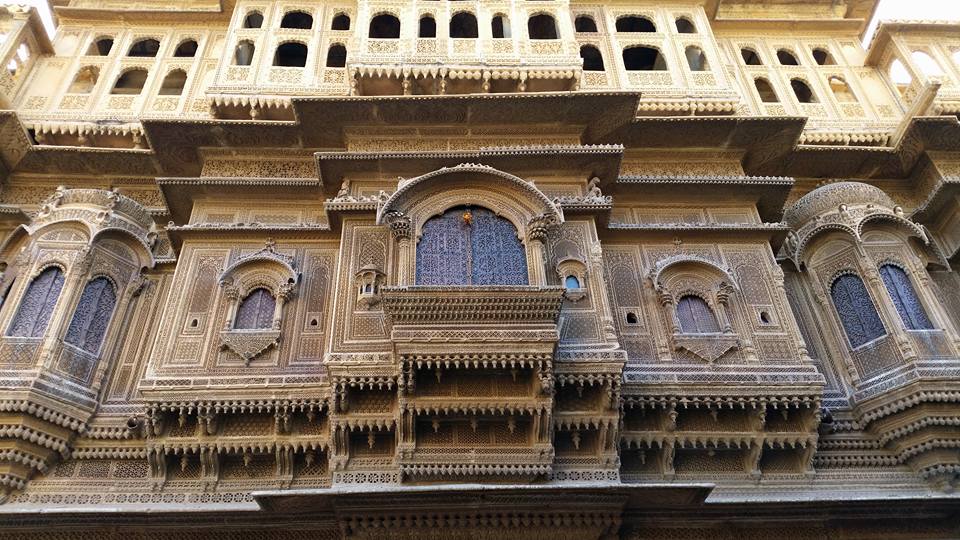 Moham Lal Saraf Haveli speaks volumes with the skillful craftsmanship of the artisans. Maharaja was grooming his bushy mustache. The elegant mirror and mosaic work around the door to the inner courtyard, carved archway, latticed windows and the Surya (Sun god) will impress you.

How To Get to Mandawa.
By Air
Jaipur is the nearest airport for regular flights. Many domestic airlines operate out of Jaipur and connect it with other cities in the country.

By Rail
Jhunjhunu is the nearest convenient railhead, and one can take trains for Sikar, Jaipur, and Delhi.

By Road
By private or public buses. It is a good idea for groups of four or five people to hire a taxi to move around the place.